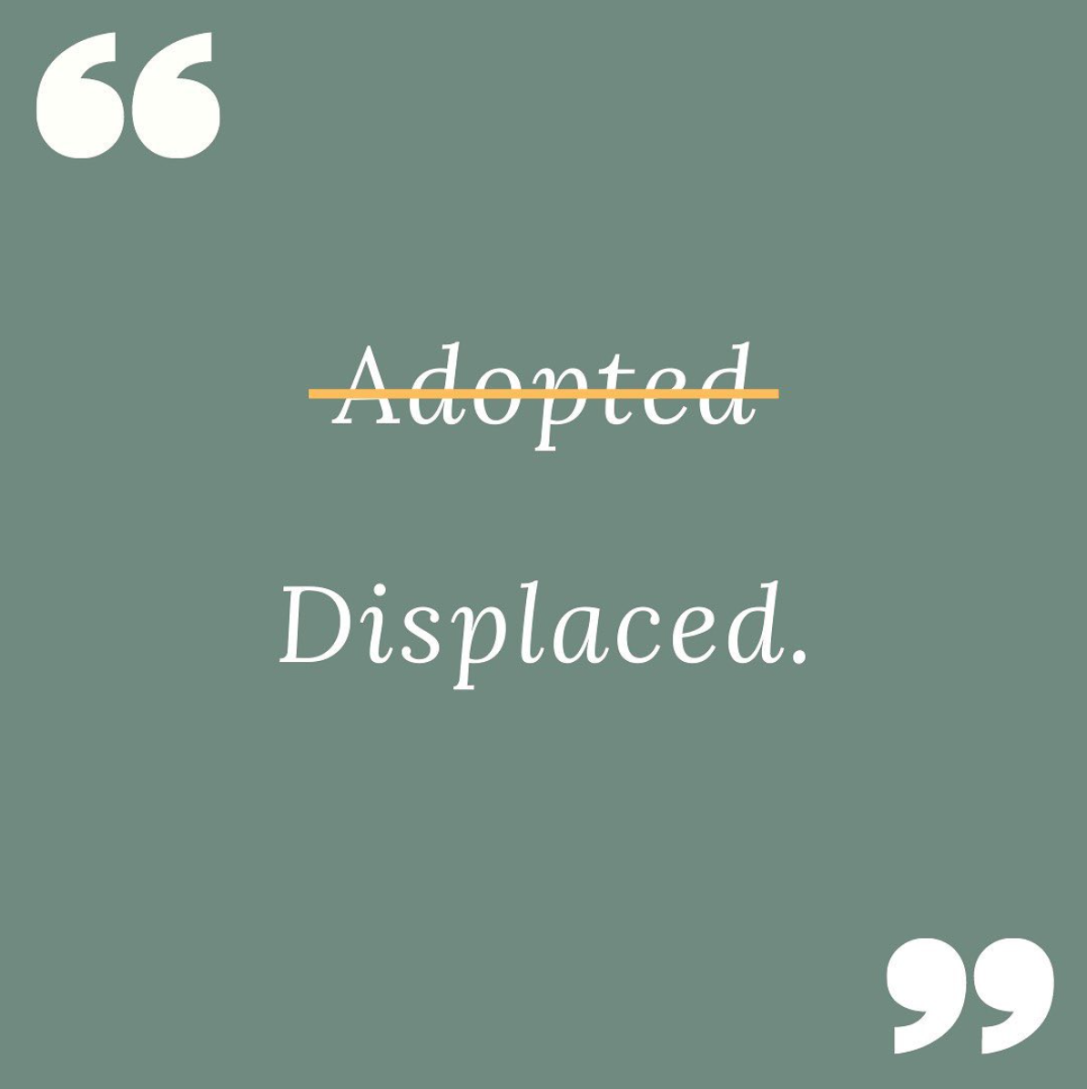 Earlier this year, I wrote this caption on my Instagram page @anadopteewriter on using the term “displaced” instead of saying that I was adopted. Overall, I had positive responses to this verbiage; however, there are still aspects of displacement that I have yet to explore.

I wrote about how adoption has always had a positive connotation, especially in the most popular uses of the word. The word “adopt” or “adopted” itself suggests that the individual adopts something that is in preference to an original name, country, etc. or they are legally made a child of an adult.

However, the term “displaced” recognizes the separation and loss of an original culture, family, and identity. It also connects adoptees to others who have been displaced from their countries or homes, and gives us a shared vocabulary for experiences of migration and change. I often wonder how adoptees can feel connected to other migrants, while so distant from them at the same time. “Displaced” showcases a sentimentality that connects us to other immigrants and migrants – and hopefully will spark dialogue between different groups. The word is also a reminder that adoptees are part of a multi-million dollar adoption industry – and that there is a better way of describing our experiences that also acknowledges where we come from.

This is why I use the term “displaced” to describe the experience of being adopted. “Displaced” recognizes the forces of separation that altered adoptees’ lives and the continual journey of finding our roots.

As an adoptee, I cannot help but wonder about the forces that have led me to where I am today. While acknowledging the displacement of individuals across the globe doesn’t right the wrongs done by by for-profit adoption agencies, it still gives adoptees some hope of reconciling with the separation caused by these systems.

Next time you say someone was adopted, notice the connotations associated with that word. What has that individual lost in the process of being adopted? What is the adoptee/displaced individual trying to re-claim?

View all posts by Alyse MeiLan